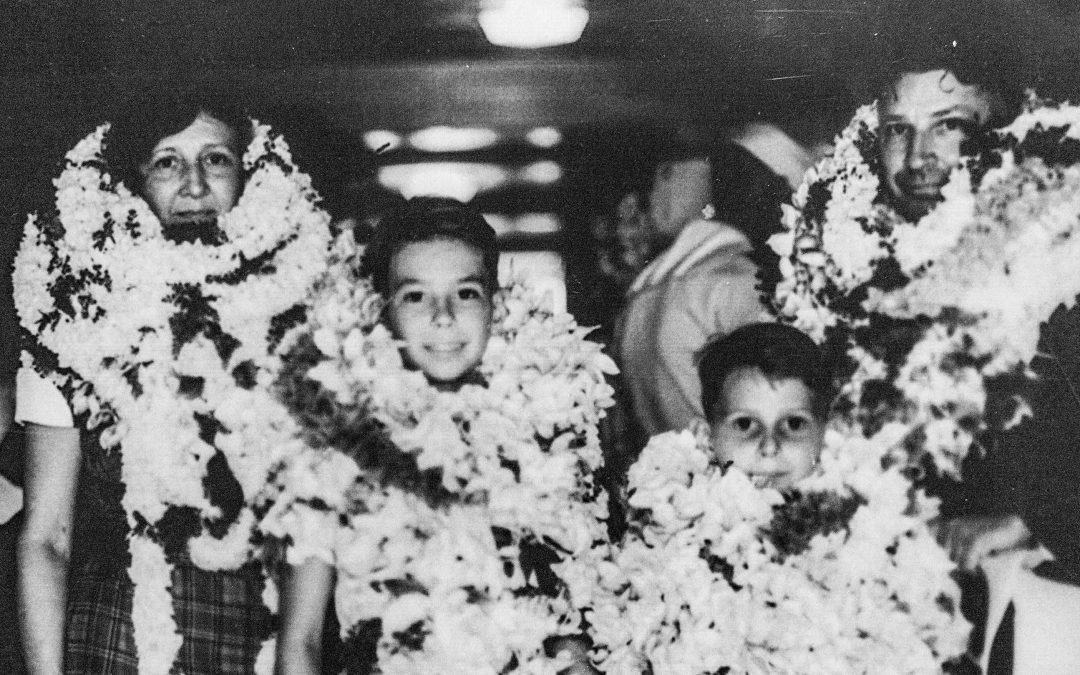 Once I believed in chance encounters; now I know providence arranges every meeting, nothing is left to chance. I have postponed writing this story far too long; my life events placed Walters Memoirs in my file cabinet. I am sorry, Walter, now it is my priority.

“Trust thyself: every heart vibrates to that iron string. Accept the place the divine providence has found for you, the society of your contemporaries, the connection of events.”
Ralph Waldo Emerson 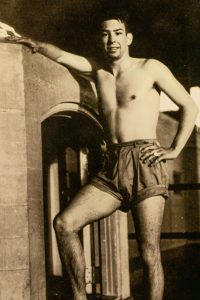 It was a cold and rainy Honolulu day; I was shivering and wanting a hot cup of coffee; he showed up dressed in vintage red running shorts and a warmup jacket; he looked as if he had just finished a record mile run. I met him yesterday at a pre-race event for the Great Aloha Run. Walter wore a Great Aloha Run polo shirt, white jeans and looked official. I commented on the snappy polo shirt—”Will you be running the race tomorrow” I asked; Walter responded, “no, I ran my last race two years ago.” Walters daughter, Sally, was with him and asked, “how old do you think my father is?” I hate guessing age, and responded, “I am terrible at people’s ages, but I would say the late seventies, early eighties”—Sally and Walter both smiled and said “ninety-seven.” Walter ran his last competitive race at ninety-five years old; I had to hear his story.

We sat on a comfortable lobby couch at the Hale Koa Hotel in Waikiki. It was pure Hawaii, surrounded by Palm Trees, Birds of Paradise, and Ti plants. A thick aroma from the Plumeria Tree and Star Jasmine calms the anxious heart. I had requested this interview to write a short blog post about running and fitness. Walter asked, “where do you want to start?” My initial thought, start with his first race, but my words came out, “Let’s start at the beginning, Walter.” “It is an interesting first sentence for your story Jim; I was born on Alcatraz Island.” I immediately knew Walter’s story was beyond a short blog post.

As Walter told his story, I was between awe and disbelief; how much is factual and fictional embellishment? Walter’s adventure is a real-life Forest Gump story of abundant life. A story that starts at Alcatraz Island, with stops at every continent, including McMurdo Antarctica, and seven trips to Africa. A North African battlefield tale and family vacations spent camping with the Tarahumara indigenous Indians of the Sierra Madre Occidental of northern Sonora and Chihuahua, Mexico.

Walter’s journey is a perfect example of living the experience described in John 10:10, and I should write a Short story about it. Walter, at age ninety-seven, quickly climbs two flights of stairs, tells stories of his past with tack-sharp accuracy, has clear telling eyes, a million-dollar smile, and is excited about living tomorrow.

“The thief comes only to steal and kill and destroy; I have come that they may have life, and have it to the full.” ~ Jesus, John 10:10

“Sorry, I have a lunch appointment,” ended the three hours. I was hungry to hear more of Walter’s story, asking, “Walter, can you possibly give me another interview before you leave Hawaii?” “Sure, come back Tuesday same time—then I can tell the story of my grandmother’s younger brother.” I turned back and asked, “Love to hear it; who was he?” “Buffalo Bill Cody,” Walters over the shoulder response as he headed back to his room.

As I entered the car, Linda asked, “How was the interview?” A long pause in reflection and I said, “An amazing story, not sure how much is fact and how much is fiction.”

Since the first interview, Walter and I had a second meeting on Waikiki, several correspondences. His nickname is Hap short for, W.F. “Happy,” Goodman Jr. wrote me a handwritten letter and sent me his memoir with photos. In his letter attached to the memoir package, Hap said we share three passions: writing, photography, and storytelling.

Before I completed my blog site, some of you received an email about the first interview; I post this now as a teaser to telling the whole story. How do I endeavor to tell Hap’s full story? One chapter at a time, I have decided to release each as complete with first edits.

I have had providential meetings before: Glenn Sperry—the 85-year-old professional water skier, and TJ Camblin—the fifty-something bronc rider, but Hap entrusted his memoirs to me to tell the story of a real-life Forrest Gump.

I close this storytelling teaser blog with Haps autobiographical entry in his memoirs:

“It was a lovely day, a bit chilly with great fog. Mother’s time had come, and Dad placed her in a launch at the Alcatraz dock and headed for Fort Mason, The Presidio, and Letterman General Hospital, San Francisco. Mother labored longer than anticipated, but shortly after midnight September 26th, 1921, Walter and Clarice Goodman’s first child was born, a boy, and he was I.”

Hap turned 100-years-old this September…This Story to be Continued: 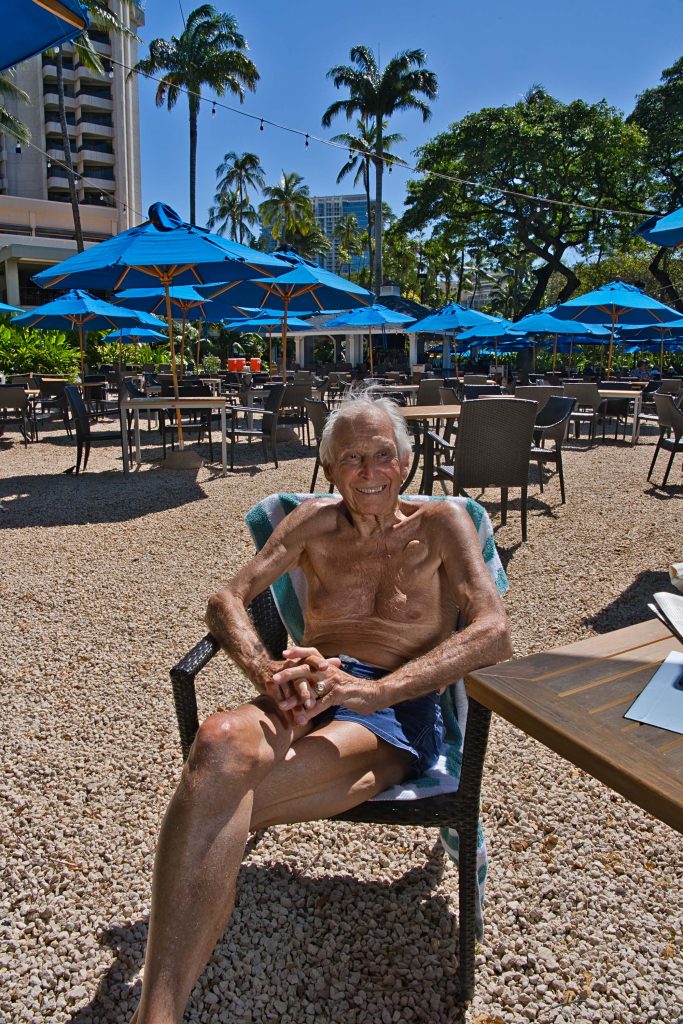