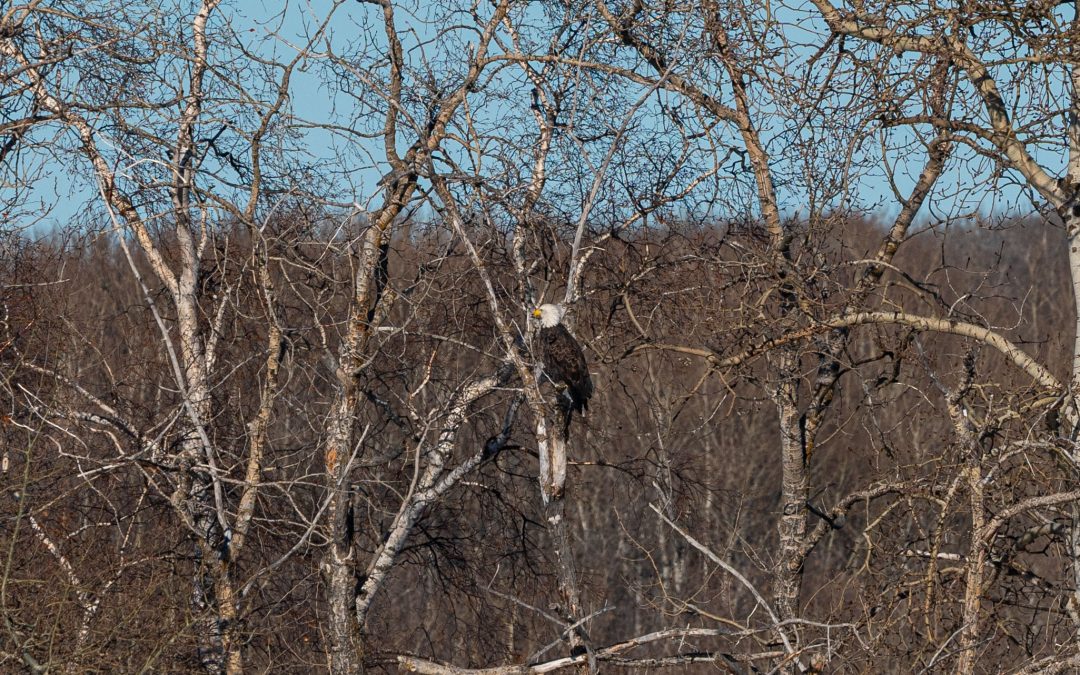 Yet those who wait for the Lord
Will gain new strength;
They will mount up with wings like eagles,
They will run and not get tired,
They will walk and not become weary.
Isaiah 40:31

I intended today’s blog to be purely about photography and the difficulties photographing birds of prey, but these flying predators instill reverence and respect. Yesterday Linda called me on her drive to Minot; she discovered a group of Bald Eagles feeding on a deer carcass just a few miles from the cabin. I grabbed my camera and loaded a 400-millimeter zoom lens, hoping to get a decent photograph of an Eagle. The difficulty is getting close to them without disturbing them. The challenge requires shooting handheld at 400 millimeters out the window on a drive-by—impossible. Any slight movement when zoomed out, even with lens and camera stabilization on, makes blurred and out-of-focus photos.

My camera can shoot thirty frames per second burst mode. I set it in an automatic exposure mode and went hunting the majestic eagles. Drive-by shootings are not the way to photograph Eagles; I should set up a snow-blind nearby; the camera on a tripod, with a silent shutter set. Maybe I can return and attempt that yet this week. So I thought a quick blog on the challenge of photographing Eagles might be a good fill because I have not posted for some time. I hope you enjoy the results. 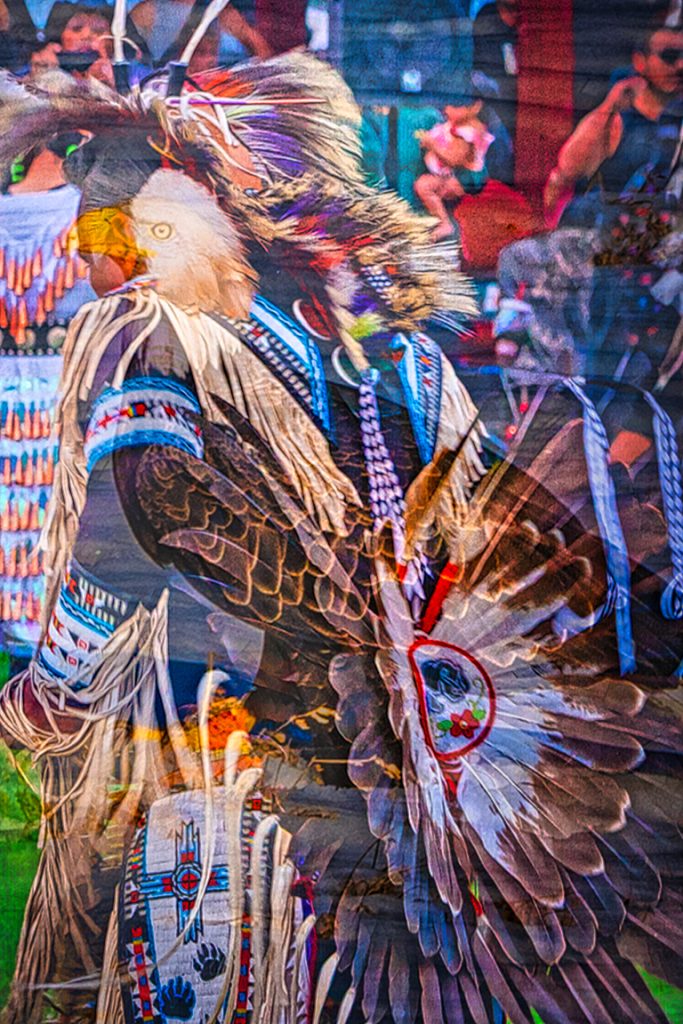 I loved the Steve Miller Band in my Hippy days—my favorite song was “Fly Like an Eagle.”

Feed the babies
Who don’t have enough to eat
Shoe the children
With no shoes on their feet
House the people
Livin’ in the street
Oh, oh, there’s a solution

Enjoy the photos, remember there is plenty of beauty all around us in these trying times—you just have to look for it.

Never ever give in to FEAR, it will imprison your soul–be an EAGLE and FLY HIGH!!! 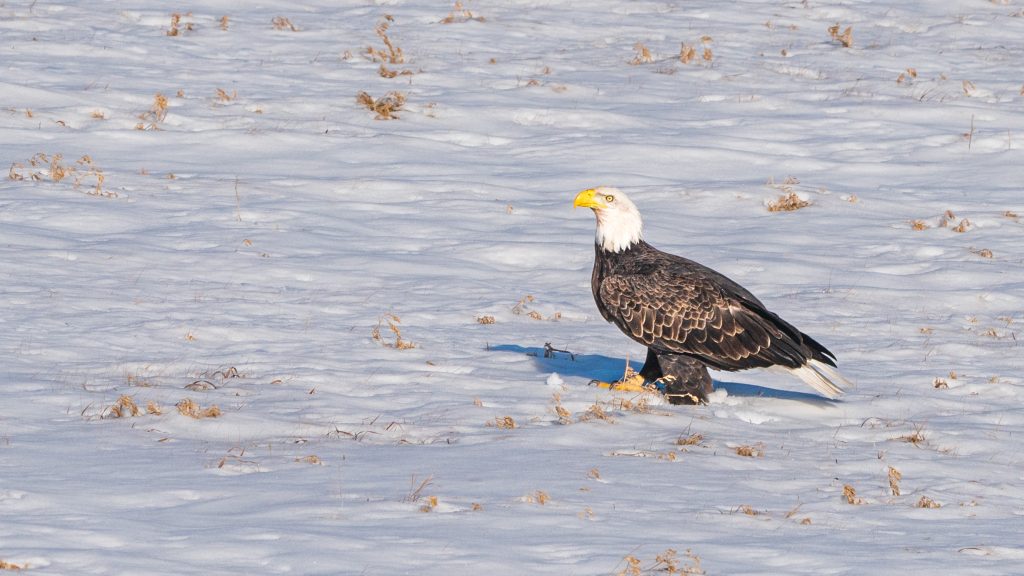 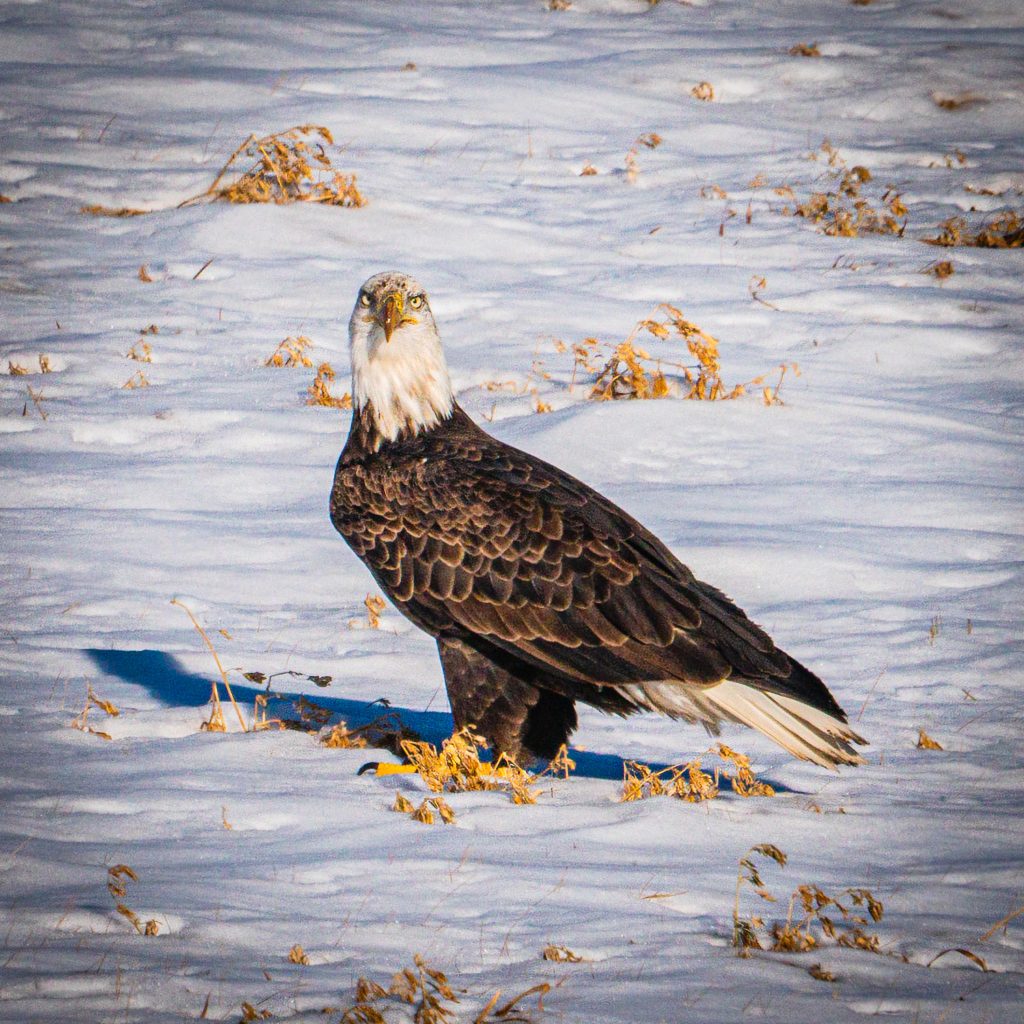 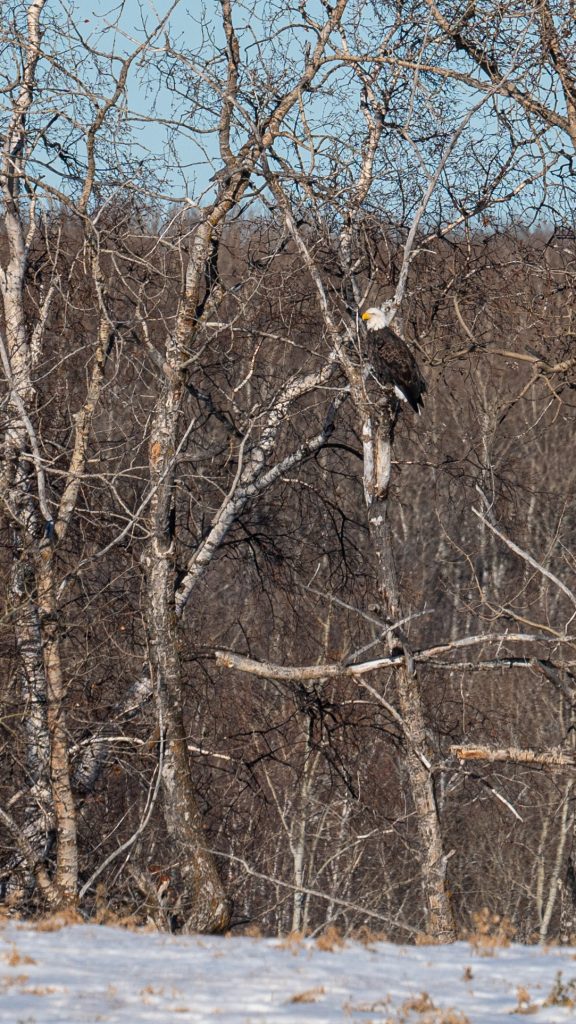