GUARDIANS OF UNION STATION, chapter one 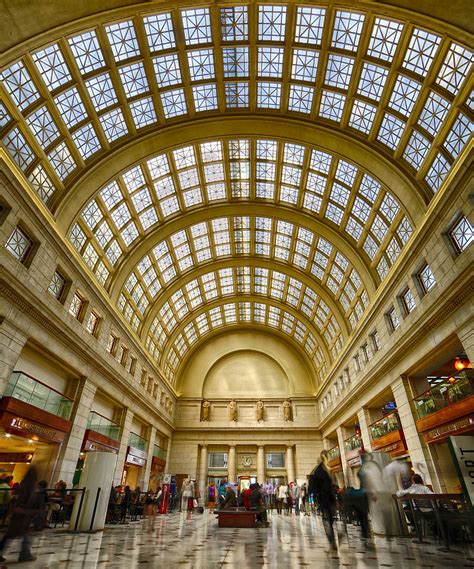 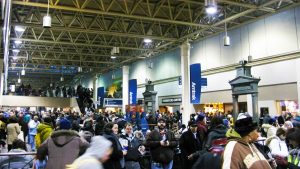 I stood safely tucked into a corner, in a calm eddy, away from the flow of people. I have the “Aces and Eights” phobia, and I never leave my back exposed to a surprise; I always face the door, back against a wall with a full view of the events developing before me. The daily mass migration of humanity moved in a mesmerizing murmuration, in one door and out another. Union Station supplies the lifeblood of Washington D.C.; the politicians, government and contractor employees, vendors, and tour guides with tourists trailing. Some reading the Times and others the Post, totally unaware of the others, minds fixed on the day’s challenge. Amtrak trains from New York, MARC trains from Maryland and West Virginia, and VRE trains from Virginia all funneled in and out of Union station within a few hours—Passengers consistently arriving and leaving the station by Metro subway, Taxi, Bikes, or walking.

At six feet two inches, I can see above the crowd. I am amazed how I can become invisible to everyone at this height and carry a weight of two hundred and eighty-five pounds. As I stood invisible to all, a monolith against the wall, just gazing on the flow of heads, I saw a Goliath. He was not only a tall man; he was huge, his shoulders towered over all of the crowd. He was not moving through the public, but the group was moving him as if he was on wheels. His gaze was alarming and focused on me. It freaked me out. I thought he was simpleminded or, by his clothing, a street urchin. I looked away, waited a few seconds, and looked back—his eyes were penetrating, still fixed on me. I moved a few feet closer to the exit, back again to the wall, pretending to look the other way to avoid him.

Suddenly the drum of background conversation broke as a heavy voice said, “feed me.” He was right in front of me, looking down with a serious face, “feed me.” What else could I say to a giant but “Sure, follow me.” I walked ahead of him as he stayed annoyingly close behind to the Sbarro buffet across the hall. As I waited in line to pay the bill, I told him, “go ahead and get what you want to eat; I will pay the bill.” Again he asked, “Feed me.” I know I am in trouble and want to get on the MARC train and go home. “Here is your plate, go over and get whatever you want and as much as you want.” I turned to pay the bill; when they finished processing my credit card, he was gone. I scanned the entire crowd looking for him; he would have been obvious. He vanished. The cashiers broke the silence, “Do you want a copy of your receipt?”—”Did you see where he went?” I asked—” who?” she said as she looked around. No one near me seemed alarmed by what just happened, or did it? 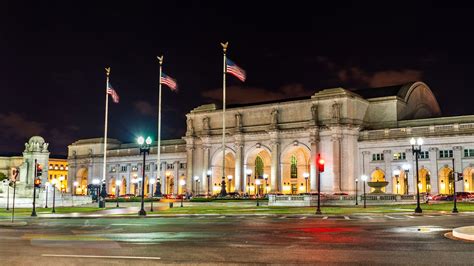 On my way home, I started daydreaming about what the hell had taken me here to Washington D.C. Living on the east coast was never part of my life plan. I visualized a scene in the movie “Mad Max Beyond the Thunder Dome” The scene takes place beneath the city of barter-town, a city powered by methane gas produced from pig poop. Max, the main character, has been imprisoned with a second character, Pigkiller, underground to care for the pigs and maintain the methane plant. Max, a dangerous man, decides to break out. In a breakaway moment, Pigkiller, overcome by the excitement, steals a train to save Max from his failing attempt to escape. As they crash through the plant wall and are steaming out of Bartertown, Max asks Pigkiller, “What’s the Plan?” Pigkiller response, “Plan? Hell, there ain’t no plan.” For fifty years, I have been trying to escape the results of my failures, headed somewhere without a plan.

The latest escape from a risk taken and gone bad placed me in Washington D.C., a place that was never on my bucket list to be. I was drifting from job to job, career to career, and place to place within the Washington Beltway, the circle bordered by the I-495 freeway loop around the city. The current count was five moves, three jobs encompassing four careers—must be a record. Finally, I purchased a house in Germantown, Maryland, twenty-seven miles out from the White House. Fifty-four miles round trip commuted daily to a job I never intended to have or desired to perform. Each day the commute consisted of a ride on the MARC (Maryland Area Regional Commuter) Train into Union Station to grab the Metro subway to the Crystal City station then a short walk to my office.

People traveled from as far away as Martinsburg, West Virginia, to work in the city. By the time the train stopped in Germantown, no seats were available. Everyday people commuting the distance for years had become a community. There is not a lot of talk in the morning; most sleep until their cell phone alarms ring to wake them at their select station and the final destination, Union Station. The return travel is cheerful and often includes Margarita’s, gossip, and card games. I typically picked up some beer and a mickey for the trip home, but I kept quiet in thought for the most part.

Every working day included three to four hours commuting on packed trains and in Union Station waiting for them. That is a significant portion of a day, with plenty of thinking to be done. Why is it the way we make money, the job we have, is work? Why is paying the bills to overpower passion and desire? Why do life’s circumstances overcome our hope for happiness? Why do we wake to dread instead of boundless joy for the day we are about to live? Does life begin at retirement? Is retirement the gold ring, the prize, and the thing for which we all strive?

My Max Pigkiller and I traveled out of Bartertown without a plan daydream was interrupted “Germantown, next stop!” announcement brought me back to reality. On my three-block walk back home, I started thinking about Goliath and the incident at Union Station. The whole episode was weird, bizarre; maybe my daydreams were getting a bit too real. I will get home and put my mind on productive things I enjoy doing, working on house and yard projects. Tomorrow will bring its own set of challenges and drama.

Image for the day and quote:

For I know the plans I have for you,” declares the LORD, “plans to prosper you and not to harm you, plans to give you hope and a future. Jerimiah 29:11 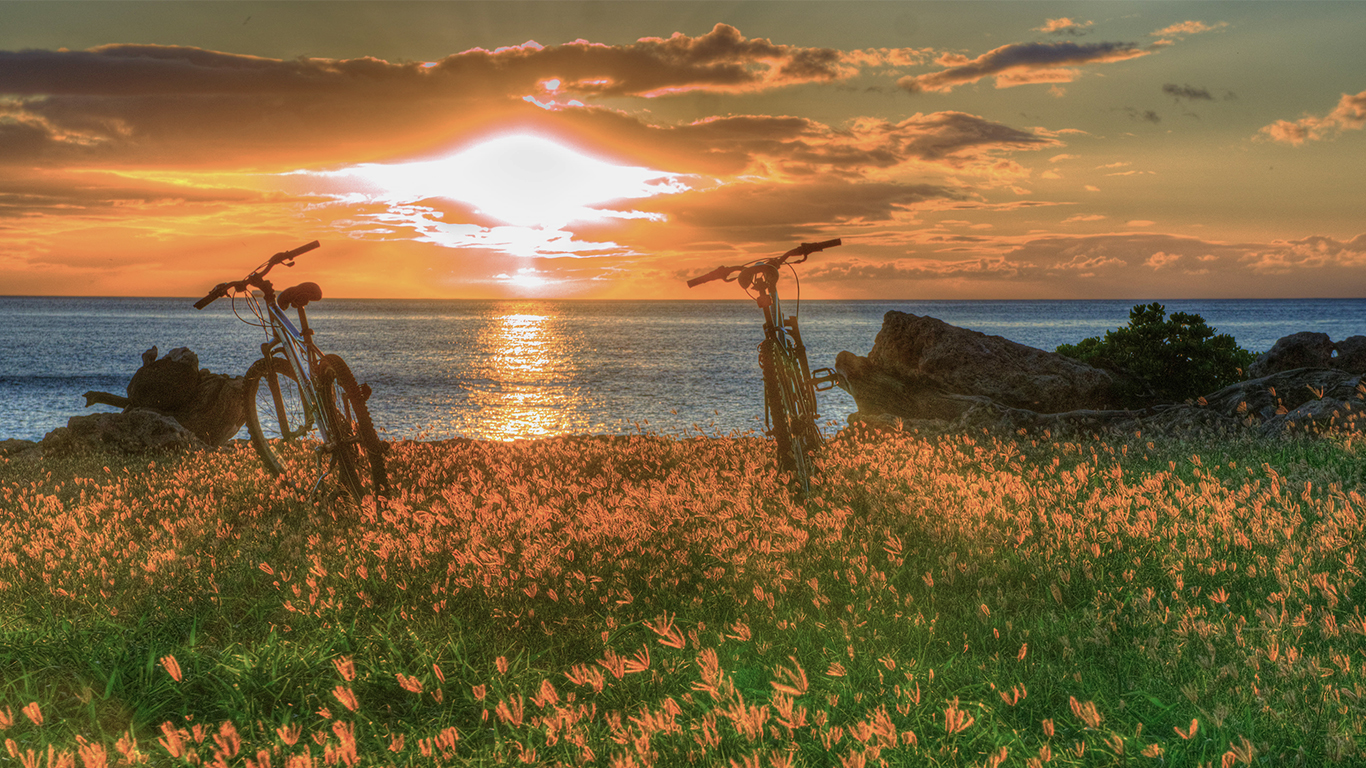 How Far Can You Go