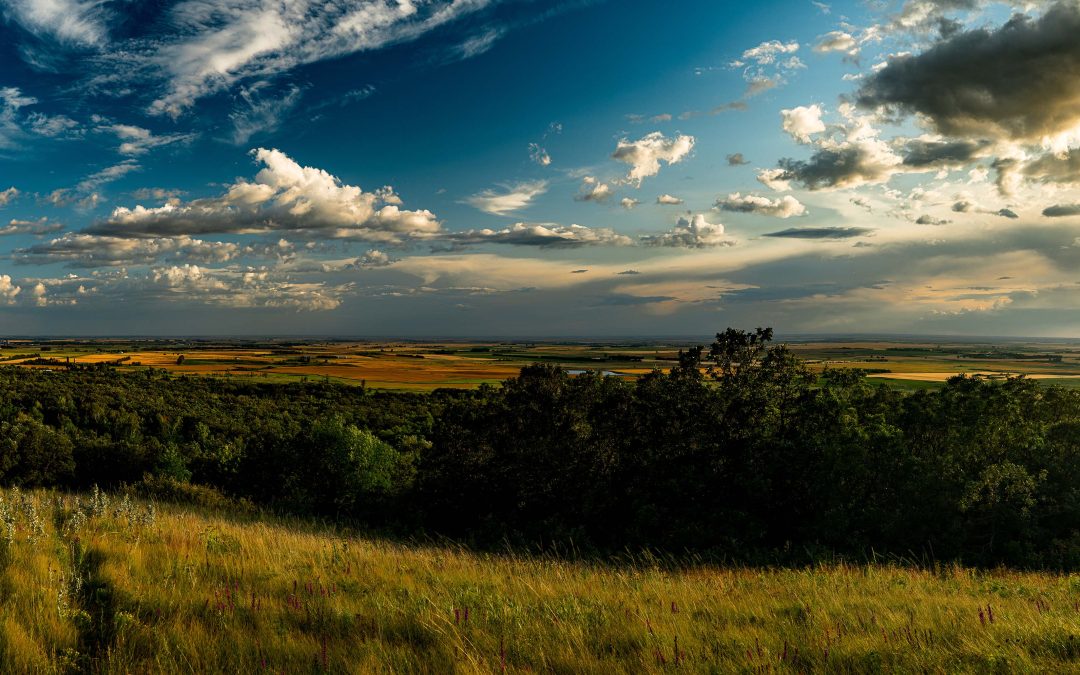 Write what you know ~ Taika Waititi

Breadcrumb placards trace the road to Charolette memorials of significant historical sacrifices made for America’s freedoms. First, we drove two-lane back roads out to Culpepper to revisit our first Virginia home.

The manager asked for my license and a credit card—he paused, looked with a mistrusting smirk, and said:

“North Dakota!—We have a statue of a fine confederate soldier with his back to the North, on the main crossings at town center!”

Taken back, I paused, thinking this is a southerners joke, then responded:

“Sir, when Ya’ll be fighting, we were just the Dakotas, we had nothing to do with it—would you respect me more if I was from South Dakota?”

He threw the keys on the desk and with a humph said:

“Enjoy your stay south of the Mason Dixon.”

It’s the 1990s, and the wounds of war have not healed? It was a treat to stay in a hotel, have some great food, and drink the full-bodied Virginia wine. Tomorrow we plan to take a leisurely drive to Charlottesville and visit Monticello, Jeffersons Home. We stopped at every historical monument between Culpepper and James Madison’s Montpelier. Highway 15 to Orange, then right on 20 to Montpelier—it is 25 miles—it took us three hours. When we arrived at Madison’s home, we decided maybe best not to stop for every historical marker. The Virginia countryside is restful! The winds speak of history on every breeze.

Madisons Montpelier was a disappointment; the place was in shambles a rebuild after the DuPont family turned it into a 1950s soda fountain. Pink and sky-blue with bright red sparkly vinyl seats. A five-minute stay and a wine tasting at Barboursville vineyards suddenly became a priority.

The trip was an anniversary celebration. We had been through some tough times. We could have soon been on the street fighting for a steam vent of our own. We were torn and disheveled, every hopeful stick removed, the faltering rock and sand foundation dug and hauled away like a rotten tooth. God had a plan; the execution was painful but mandatory—to rebuild anything, you raze the charred remains and rebuild on a solid foundation. We had lost everything but one another. I confronted God, asking, “If You are real God—You can fix this!” No lightning bolts, but slowly God opened doors, calling us to opportunity. I thought the options that followed were coincidental until I met the guardians at Union Station—a story I will tell another day.

We carefully drove the final 83 miles of Highway 20 into Charlottesville; checked in without the lecture—tomorrow Monticello.

Life is not like a bowl of chocolates; it is a bunch of beans. Beans will keep you living, but without a ham hock and some pepper, they are tasteless. A friend and reader of this blog complimented me on the Vivian Maier story and mentioned he is taking a memoir writing class. My suggestion is life is but a series of short stories. The magic is telling the real deep hidden locked up stories—as Mark W. Travis states: “Want to write a good story? Write about what you don’t want others to know about you. Want to write a great story? Write about what you don’t want to know about yourself.” I want to add, don’t make your stories a Christmas “Everything is perfect, life could not be better” letter. Remember how fake and pitiful your tenth class reunion was? Everyone was a success, still good-looking, still in the same cliques, and had hair—everything becomes the real story at your fiftieth class reunion—write the gut-wrenching inner you.

This trip to Charlottesville was a celebration of a new job and paying the bills. Why did this story come to mind this morning—I have no clue—the tales arrive without notice or purpose?  How would Jefferson write his memoirs? Would he tell the story of outstanding achievements or note what he did not want to hear? Jefferson was a complex, brilliant man with a dark side he did not wish to accept. A man who called for equality but owned slaves.

On the grounds of Monticello, Jefferson’s cemetery has headstones of anyone who can prove they have lineage to him. Our visit fell on a historical event that rocked some and satisfied plenty. The only requirement for a Monticello burial is proof of Jefferson’s blood. Sally Hemings was a Jefferson slave who bore him six to eight children—Jefferson never denied his attraction and repetitive rape of Sally. In 1998 DNA testing revealed the line from Jefferson and Sally Hemings. The day we visited Monticello, the first of the Heming line was interred at Jeffersons Cemetery.

How could Jefferson write, “all men are created equal” and still own human beings? The internal moral struggle is at the heart of Jefferson’s story; it is the— “write about what you don’t want to know about yourself.” I believe Jefferson’s values and morals were battling his real world.—like most politicians say one thing, do another.

Thomas Jefferson wrote over 20,000 letters, all copied on his polygraph. Jefferson read more than 9,000 books; he called them “chosen companions.” The wide variety of Jefferson’s interests is revealed in his book collections, covering the “visions of antiquity,” “everything which related to America,” and “whatever was rare and valuable in every science.” Jefferson read in French, Italian, Spanish, Greek, Latin, and Anglo-Saxon and collected books in their original languages. He organized these books according to Francis Bacon’s divisions of knowledge, later adopted by the Library of Congress. 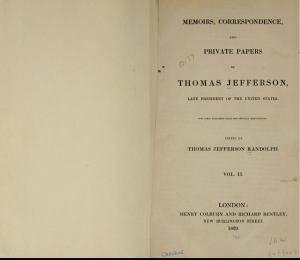 A Collection of Short Stories

A promenade of the grounds and underground at Monticello reveals Jefferson, the architect, explorer, statesman, politician, partyer, music lover, wine connoisseur, and the darkest of Jefferson, the slave owner. I am not aware that Jefferson ever wrote about his dark character flaws. Jefferson did not write a memoir; instead, posthumously written by his eldest grandson Thomas Jefferson Randolph—available at:

These memoirs are a collection of Jeffersons’ correspondence and writings. Jeffersons life is an uncensored open book. On the Monticello website:   https://www.monticello.org/thomas-jefferson/jefferson-slavery/jefferson-s-attitudes-toward-slavery/  The discussion is available for public scrutiny; an excerpt:

Thomas Jefferson wrote that “all men are created equal” and yet enslaved more than six hundred people throughout his life.  Although he made some legislative attempts against slavery and at times bemoaned its existence, he also profited directly from the institution of slavery. He wrote that he suspected black people to be inferior to white people in his Notes on the State of Virginia.
Throughout his entire life, Thomas Jefferson was publicly a consistent opponent of slavery. Calling it a “moral depravity” and a “hideous blot,” he believed that slavery presented the greatest threat to the survival of the new American nation. Jefferson also thought that slavery was contrary to the laws of nature, which decreed that everyone had a right to personal liberty. These views were radical in a world where unfree labor was the norm.

We are left to wonder what Jefferson would say about his character dichotomy in a personal monolog written in a memoir. I can say the trip to Monticello and introduction to Jefferson is a short story I have yet to write in my bios.

Whoever walks in integrity walks securely, but he who makes his ways crooked will be found out.
Proverbs 10:9