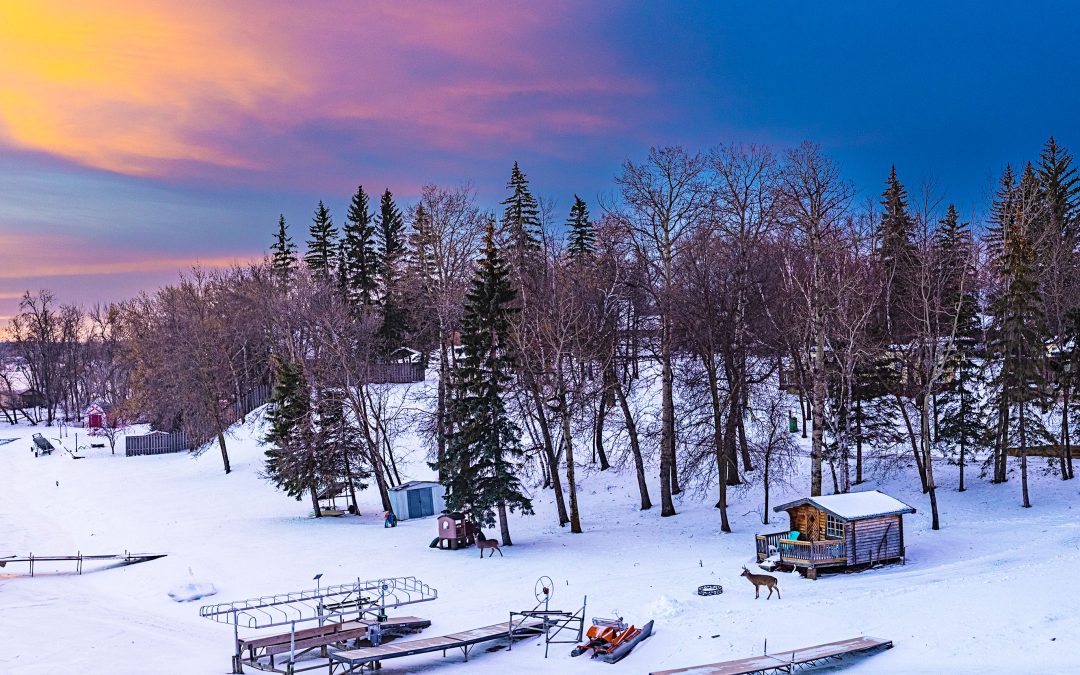 SUGAR and KEROSENE
The Hope of the new year

The North Country does not shed a sign of a new year as the change of seasons does. The snow remains deep, and the cold still penetrates the soul; everything remains as the day before; only the date entry changes to 2022. Yet new Hope emerges as spring grass as we cheer in the new year. As the clock nears midnight, resolutions already forgotten, we pause in prayer that this new year will be better than the last afflicted, hopelessness and fearful years. Are there any redeeming memories? I am still breathing; the house is warm, the pantry filled by the bounty of the summer’s garden, a freezer filled with varieties of meat, I can walk and talk; above all, a family filled with love and health. What more can a man desire? We pursue it every day—happiness. We will never find happiness until we realize contentment, the “Peace” that eludes most humanity. Contentment remains the hole in all men’s hearts. Men try to fill our imagined needs with the things of this world: a new car, a bigger house, finery and glam, a different woman, an adventure—none fill the gap within us.

What would be the result if all men found contentment? Would the world still turn? Can a contented man remain productive, imaginative, creative, and adventurous? Does contentment breed mediocrity and lead to imagination stagnation? I do not believe there is a dark side to contentment. I feel contentment opens opportunities and exposes the true treasures the needy and greedy cannot see. A contented man does not give up on life or his dreams; he finds them.

Break down the word Contentment: Content is a word with two meanings (kon-tent): substance, gist, meaning, or significance—so a man with content has meaning and importance—Content (kantent) also means satisfied. In my mind, I would conclude that a contented man is satisfied, knows his significance, and is acquainted with his purpose. Finding contentment and entering into a state of peace is liberating; it eliminates wants and desires; contentment obliterates greed. The grass is greenest right where you are. Moving to a new location will not change your condition.

You are likely wondering what contentment has to do with the title of this article, ‘SUGAR and KEROSENE,’ and the new year? Everything for me, my retrospection of the 2020s, opens my eyes to the resting place of contentment. As I look back into the past two years, I see a reason to be grateful for everything I took for granted; the simple things of life, the fundamental needs of life, every blessing from God, every liberty I have. The 2020s have demonstrated man’s resilience and ingenuity to conquer complex problems—using just sugar and kerosene. Complex problems often have simple common sense solutions.

The 2020s provided an abundance of adversity; it is said, “adversity makes men, and prosperity makes monsters.”  Nietzsche said, “That which does not kill us makes us stronger,” I say, “That which does not kill us makes us wiser.” The events of the 2020s illuminated global discontentment. The majority of people want to burn the memories and forget them forever. Books and movies to be made about such times as these we live. What can be redeemed from the 2020s? Will hope shine from within the darkest hours? Can love conquer the systemic fear and hate—the real epidemic?

I believe the past two years are a treasure-trove of lessons learned that can lead us all to contentment—an awakening to the simple things of life that give us peace. Things have been worse; 102 years ago, entrenched in a world war, the flu pandemic raged at home. Below is an excerpt from the story of survival using Hope, determination, and a bit of sugar and kerosene.

The Red Cloud family had just finished picking potatoes at the end of October 1918 when they were told of “a real bad sickness that was coming and that they should start for home.” They had just started to break camp when the middle-aged members of the family began to get sick with the flu. The family decided to stay encamped at Alliance until they got well enough to travel back home to Pine Ridge.

The oldest children in the group were Sadie′s sister, Zona, and first cousin Nancy, who was sent to town to get groceries and fuel. Nancy spoke very little English, so Aunt Alice, who could speak and write English, wrote the note for the groceries. Zona was sent along as the interpreter. Sadie, who was seven years old at the time, was fearful watching her sister and her cousin depart for the town. Adding to the tension was the fear that her family would die from the flu. Also, the train would stop in Alliance to bring home the bodies of the soldiers who had been killed in WWI. It was eerie for the child to watch the constant stream of wagons going to the graveyard every day to bury the soldiers and those who had died from the flu.

The Red Cloud family was anxious to get home because they had received word that their family members had died from the flu, too. So, they started from Alliance with the grandmothers′ driving the wagons. Sadie remembers that this was ironic since her cousin Edgar was the one who had driven their elderly grandmother′s wagon on the way to Alliance, but now he lay ill in the back of the wagon box, and their grandmother was driving the horses. The family got to Gering, Nebraska, when it started to rain. The drizzling rain made the members of the family who were suffering from the flu get worse. “Thankfully,” says Sadie, “A farmer told them to camp at his farm till the rain stopped.” Seeing that the situation was becoming dire, Nancy took charge and told everyone to stay in their tents, and she would bring them food and medicine. Everyone who got sick was placed in a tent of their own. Nancy boiled a big bucket of flat cedar tea which she took from tent–to–tent to fill their cups. She made sure they used their cups and did not share personal items like washbasins or utensils. Nancy “smugged” the tents with sweetgrass so they could breathe better and ward–off evil spirits. Severe coughing would close off their throats, so she mixed a teaspoon of kerosene and sugar and fed it to them. Sadie′s father, Frank, was delirious with fever. Nancy rubbed an “ointment” on his forehead.

All the members of the Red Cloud family survived. Sadie says they all had a good laugh later, remembering the sugar and kerosene.

It was the best of times; it was the worst of times; the ‘Tale of Two Cities,’ by Charles Dickens, deals with the major themes of duality, revolution, and most importantly, resurrection.

How can a resurrection occur in this season of discontent? Won’t the pursuit of contentment and happiness be futile and produce more depression? Only if we allow it. Suppose we focus on gratitude rather than Victimism and accept our circumstances enough to see the good through the afflictions. 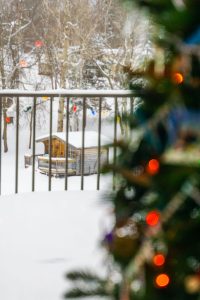 Christmas Day was acknowledged by most of the world. Still, few embraced the real meaning—God becoming human and giving up his divineness—God so loving this world He gave his only begotten Son, Jesus, as a sacrifice for all humanity—the only source of contentment. After his encounter with Jesus on the road to Damascus, Paul had much to learn about salvation and following Christ. Throughout his life, the apostle shared what he was discovering. In his letter to the church at Philippi, he wrote about a crucial life lesson – the secret of being content. Paul wrote: “I know what it is to be in need, and I know what it is to have plenty. I have learned the secret of being content in any and every situation, whether well fed or hungry, whether living in plenty or want. I can do all this through him who gives me strength.” Pauls’s focus was on the Hope in the Resurrection of Christ—that Hope brought the Apostle Paul peace and contentment in all circumstances. When Paul was in a Roman prison, rather than focusing on his imprisonment, he focused on his opportunity to spread the good news of Christ with his prison guards. Pauls’s significance in his contentment came from faith in Christ, not his accomplishments, but Paul never stopped improving on the tents he made to pay for the Christ-Centered adventures he was given. Paul never knew mediocre he flourished.

You can never find contentment or buy it with trinkets. Contentment is not self-discovery—it is a selfless discovery.

Israel Kaʻanoʻi Kamakawiwoʻole, better known as IZ, sang “In My Life.” My perspective of the song, the way IZ sang it; it is a love song to Jesus. You don’t need to be Christian to enjoy the song. Mike Reid and Allen Shamblin wrote it about love and contentment after the realization gold held no power. Many of the cover artists might not be Christian and likely sang it to a lady. I like IZ’s rendition the best by far. How did he interpret it?

For all, I’ve been blessed with in my life
There was an emptiness in me
I was imprisoned by the power of gold
With one kind touch, you set me free

Let the world stop turning
Let the sun stop burning
Let them tell me love is not worth going through
If it all falls apart
I will know deep in my heart
The only dream that mattered had come true
In this life, I was loved by you

LOOK AT THE BRIGHT SIDE !!!