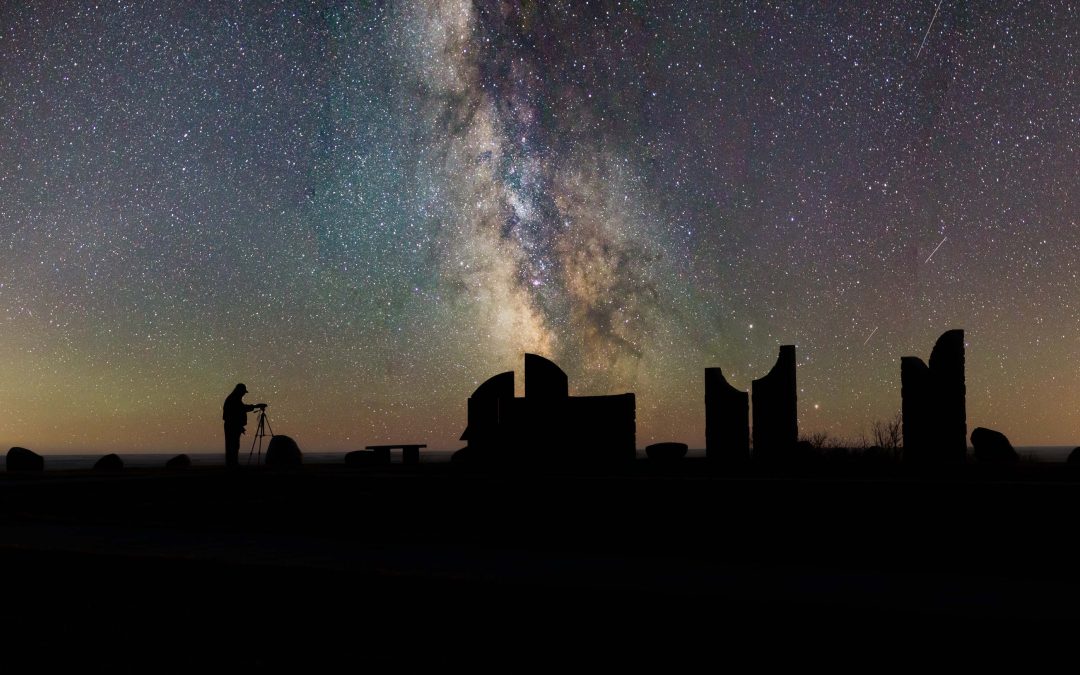 The BIG Bang
The beginning must have a beginner

Winter solstices bring short days to the great north. It is Astronomical twilight at 6:39 AM. Checking my Photopills photography app, Blue hour begins at 7:58, Golden hour emerges at 8:12, and sunrise at 8:35 AM. The sun sets at 4:56 PM. It is a short seven hours of daylight. The new and dying light is the quest of my images. I chose these hours of the day not for a picture; it is my chance to connect with God. Daytime is too noisy and chaotic. It blurs the crisp, clean awareness of creation: the earth I stand upon, the stars moving above, night and day, plants and animals, water and land, love and all emotions, my breath, and a beating heart.

God paints the picture of Genesis between my eye seeing and the press of a shutter. A full moon lights the white snow tonight; the brightness spoils a clear view of the galaxy. Here the Galactic Center of the Milky Way cannot be seen again until Sunday, January 29th. I eagerly await for the universe to peak above the horizon again. Until then, I attempt Star-Lapse videos from my front deck. I get 30 seconds of video for every hour of filming. The result is a front seat to creation on the move and in harmony. I do not need proof of the existence of God, for He screams to me in every star and from every rock.

Recently I watched a Hugh Ross video; a Physicist, Astronomer, Cosmologist, and Jesus Freak who explained the scientific method within the Bible. Starting with Genesis, Hugh talked about the scientific method written in Genesis and in Job 37-39. The words written by Moses fully explain the beginning, the Big Bang, in scientific terms tested by today’s science. It starts with the Hebrew word Yom, with multiple meanings, as do most Hebrew words. Yom can mean a day between the light and the dark. Yom can also mean an epoch of time, even billions of years. Over time there has been much debate about Yom and Moses’ use of it in the writing of Genesis. Many brilliant scientists such as John Lennox, Professor of Mathematics at Oxford University, Christian, and Peter Atkins, Professor of Chemistry, also Oxford, Atheist, have debated God for years. Hugh Ross points to the fact that over time the number of scientists and physicians who believe in intelligent design is increasing as science unravels this great mystery. The bottom line is that science has not proven or disproven God, but the number of scientists is rising to lean toward intelligent design, a scientist’s word for God.

I am not an elite intellectual. I am a simple man with a pragmatic understanding of the world and the universe. What stirs within me when I stare into the Milky Way, film a sunrise or a sunset, or do a macro image of a flower—is God, who speaks to me.

The heavens declare the glory of God and the firmament showeth his handiwork. Psalm 19

Then I apply my hillbilly logic to Scripture and test the words as my discernment leads me. I seek the answers and wisdom promised in every word I read.

Do not quench the Spirit. Do not treat prophecies with contempt but test them all; hold on to what is good, and reject every kind of evil. 1 Thessalonians 5:

The idea of a beginning of time and space is accepted even by atheists. The Big Bang began the universe from nearly nothing. It all just sprang into existence. It just does not compute in my mind. It makes perfect sense to me; a beginning must have a beginner. Some matter, some intelligence, must have been eternal. Even the laws of thermodynamics say external energy must act upon a closed system to change. Scripture speaks to the eternal God:

To understand God, a person must, as in Matthew 7:7-8: “Ask and it will be given to you; seek and you will find; knock, and the door will be opened to you.  For everyone who asks receives; the one who seeks finds; and to the one who knocks, the door will be opened.” Many men have tried to prove God does not exist, but in their methods of investigation, they unwittingly were seeking God to disprove God, but in their quest to disprove God— they found Him. Eschatology is the study of the prophetic promises in Scripture also is God’s breadcrumbs. He places within His word evidence breadcrumbs for us to follow. God also tells us to challenge these things: Do not treat prophecies with contempt but test them all; hold on to what is good, and reject every kind of evil. 1 Thessalonians 5:

The grand debate between brilliant people will continue. For me, I will continue knocking and seeking. My camera forces me to look into creation, then carefully compose the image of it and snap the shutter.

Hebrews 3:4—For every house is built by someone, but the builder of all things is God.

Psalm 19:1-4
For the choir director. A Psalm of David.
The heavens are telling of the glory of God;
And their expanse is declaring the work of His hands.
Day-to-day pours forth speech,
And night to night reveals knowledge.
There is no speech, nor are there words;
Their voice is not heard.
.
Their line has gone out through all the earth,
And their utterances to the end of the world.
In them, He has placed a tent for the sun,

I know I used the feature image just a few posts ago, but it was also the best for this post. It is winter, and it takes serious effort to go into the cold to seek God. But as grandpa would say, “the proof is in the pudding.” Please enjoy the visual conversation I had with God this morning: 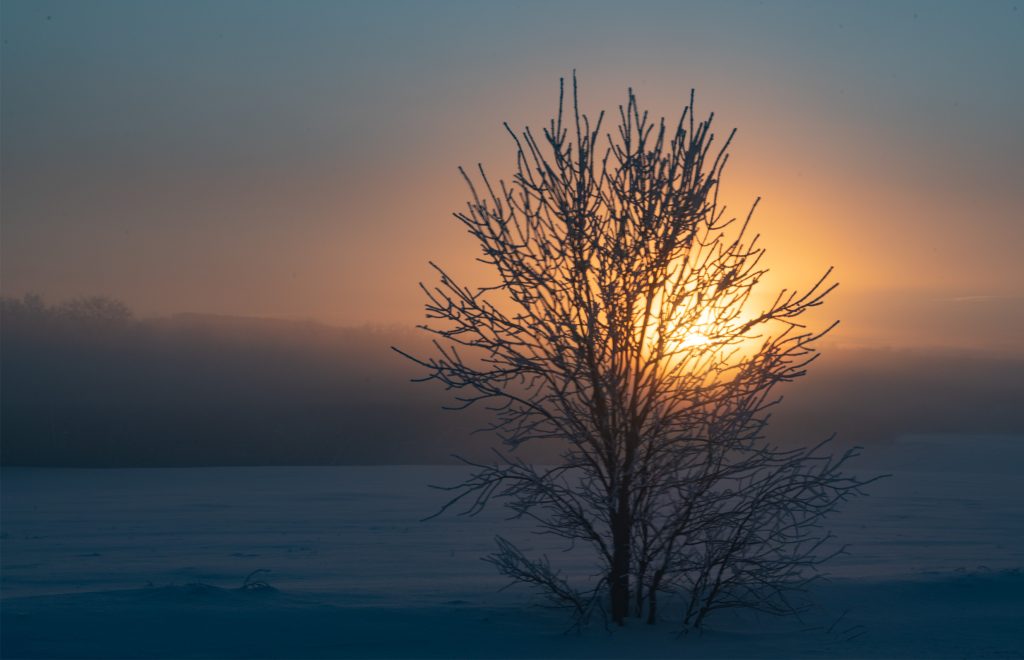