The Last Roll Of Kodachrome

The Last Roll Of Kodachrome 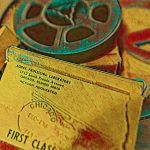 Kodachrome died in 2010; Dwayne’s Photo Service of Parsons, Kansas, developed the last roll. The obituary read; Kodachrome was 74 years old and died of cancerous technological advancement and too complex an alchemy to develop. You see, Kodachrome isn’t a color film, it’s several layers of black and white film sensitized to the different colors, and the necessary color dyes are added during the development process. Steve McCurry, well-known for his 1984 photograph of Sharbat Gula, or the “Afghan Girl,” published on the cover of National Geographic magazine, shot the final roll of Kodachrome. Steve asked Kodak for the last roll manufactured and shot the 36 exposures on a journey from New York to India. 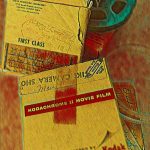 Film is far from dead; digital cameras and the software to produce the images is photography’s new alchemy—but a community of photographers still shoot film and prefer it to the ones and zeros digital new age. Many companies still make film, and anyone can develop film at home with a Paterson tank and a set of three chemical emulsions—or send it off for processing—the chemicals used at home are toxic and messy. I have difficulty in understanding “Why film?” In today’s hybrid film photography, I say hybrid because one captures an image on film, the film is developed, then scanned into a digital image. Why not just shoot it digitally? There are some subtle unique results from the film-to-digital photos, but these come nowhere close to the Kodachrome colors of summer. I am sure these statements will harvest some comments.

The idea of shooting film may be the pause, the wait, and the anticipation of the resultant image. Maybe film holds a romance with the past and the roots of photography. I have a couple of my mother’s film cameras stuffed away in some boxes, and a friend gifted me with some ColorPlus film. Maybe it is time to give it a go? Perhaps it is time to digitize all of mom’s Kodachrome 8 millimeter movies—give me those nice bright colors.