by jamesbondly | Sep 7, 2021 | About Life, About Photography, Storytelling-Tall Tales | 6 comments 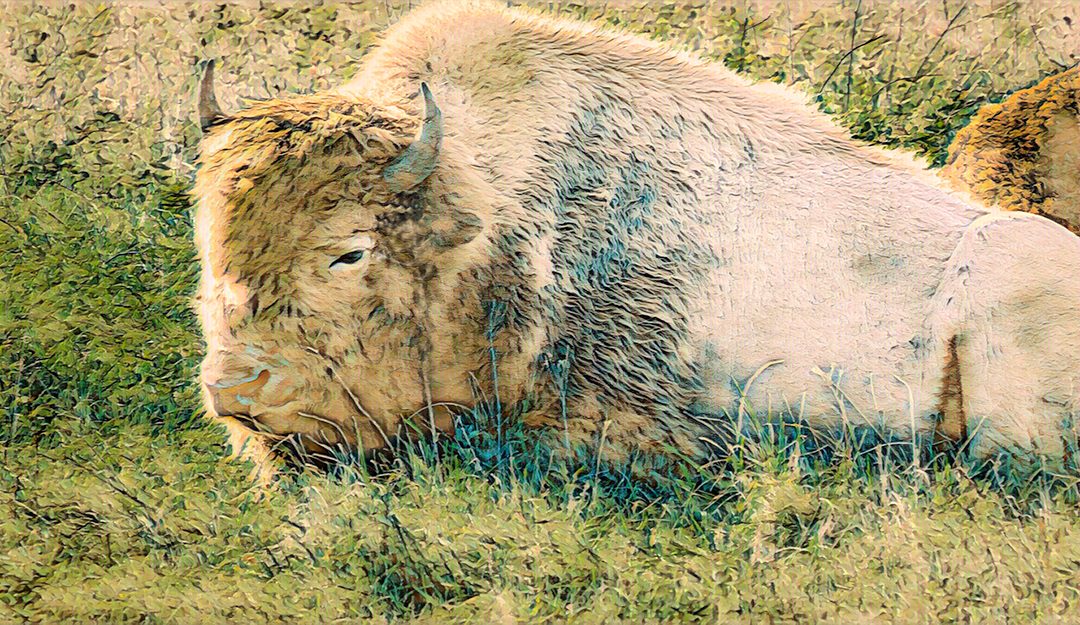 “It’s a legendary story of the Lakota Sioux Grandmother who passed on, and her spirit went back into Mother Earth, and it was said when these white buffalo calves would start to be born, the world would have to pull together to survive,”

The Turtle Mountain Band of Chippewa Indian Tribe has a new addition to their herd that holds cultural significance for many tribes. Yesterday a story was calling me, the story of the Buffalo, the Great Plains Bison. I started researching the Buffalo’s story; it led me to this morning’s discovery; the white Buffalo of the Turtle Mountain Band of Chippewa. 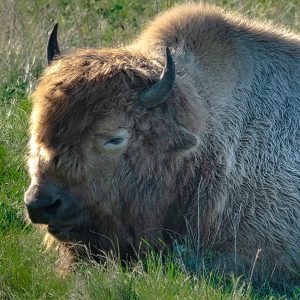 The timing of the arrival of this one in ten million white Buffalo carries a clear message—”the world would have to pull together to survive.” It is a calling for the world to put down our insidious anger and disunity and come together to heal our nation and the world, all races and creeds.

Millions of Buffalo once grazed on the tall grasses of the Great Plains; a single herd spanned portions of the Dakota’s, Montana, and Wyoming. The Buffalo was life to the Indians, the original people of this land—food, shelter, clothing, utensils, even the dung provided heat in the harsh winters. Europeans came and slaughtered them; they liked the skin for coats, the heads for wall hangings, but left the carcasses to decay in the hot sun. The U.S. military hired hunters to eliminate the Buffalo; they figured starvation might resolve the “Indian Problem.” Our lies, false promises and genocide of the original people and their spirit is a great stain on America; a stain we will never clean, or make right.

In 1953, both houses of Congress passed a resolution that would later become known as the Termination Bill. The bill meant that both houses decided to abrogate all treaties made with American Indian nations since the founding of the United States. It also meant that all American Indian tribes lost their status as nations in relation to the U.S. government. People may think that couldn’t happen, but it did happen.

“Nothing else that Congress can do causes tribal members to lose more of their rights than termination. Termination is the ultimate weapon of Congress and the ultimate fear of tribes. Despite its drastic effect, the Supreme Court has held that Congress has the power under the Commerce Clause to terminate a tribe.” —Stephen L. Pevar, The Rights of Indians and Tribes: The Basic ACLU Guide to Indian and Tribal Rights, 1992.

I have life-long friends from Turtle Mountain. Dwight, Gourneau never told me the story of his father,  Patrick Moses “Aun-nish-e-naubay” Gourneau, who wrote ‘The History of the Turtle Mountain Chippewa,’ it is only 31 pages. So many of the good people of Turtle Mountain, so many stories to tell.

Interestingly the White Buffalo was a gift to Turtle Mountain from a Sioux County rancher, a Lakota Sioux. More to come soon.

From Wakan Tanka, the Great Spirit, there came a great unifying life force that flowed in and through all things – the flowers of the plains, blowing winds, rocks, trees, birds, animals – and was the same force that had been breathed into the first man. Thus all things were kindred and were brought together by the same Great Mystery. 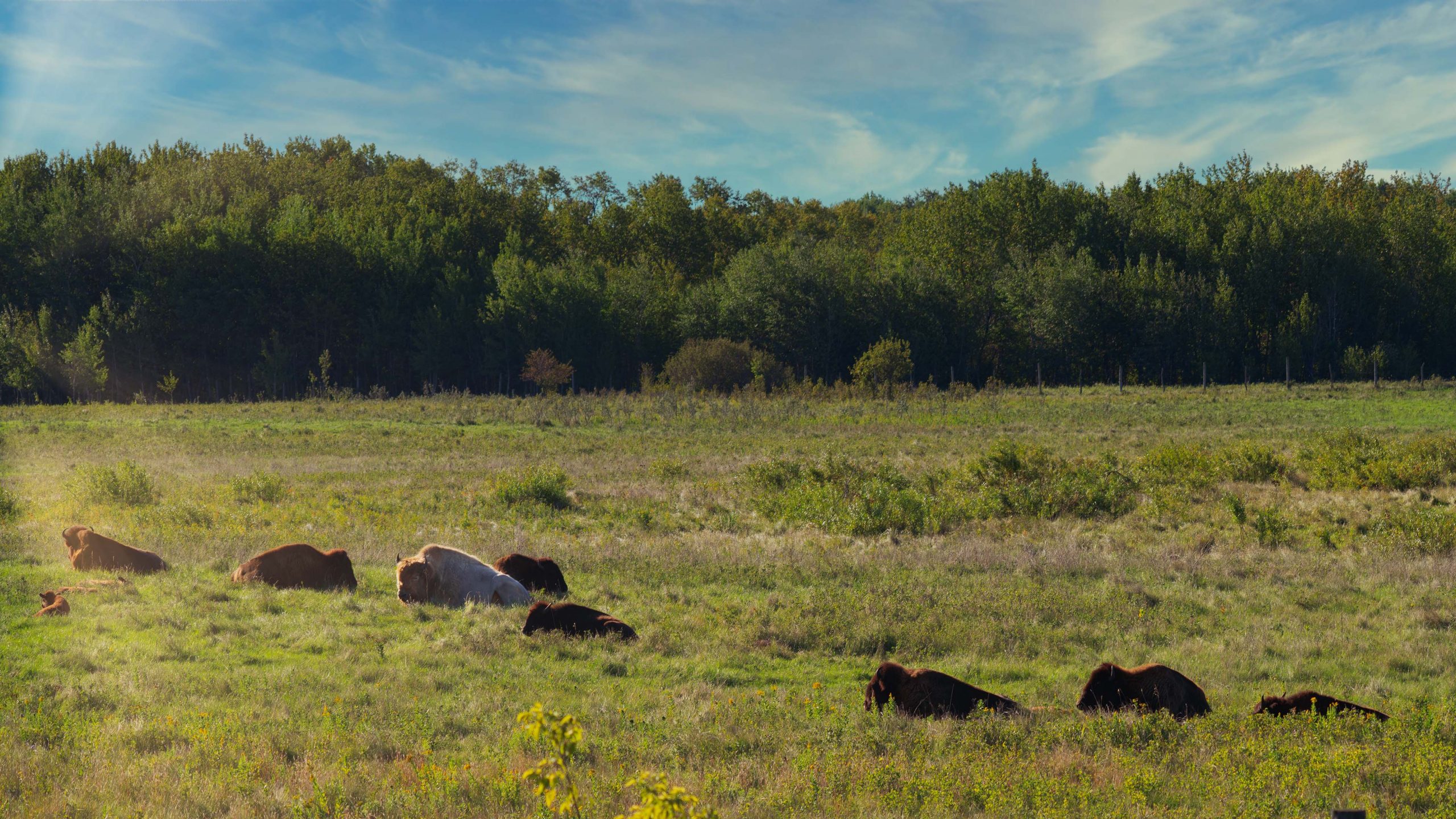 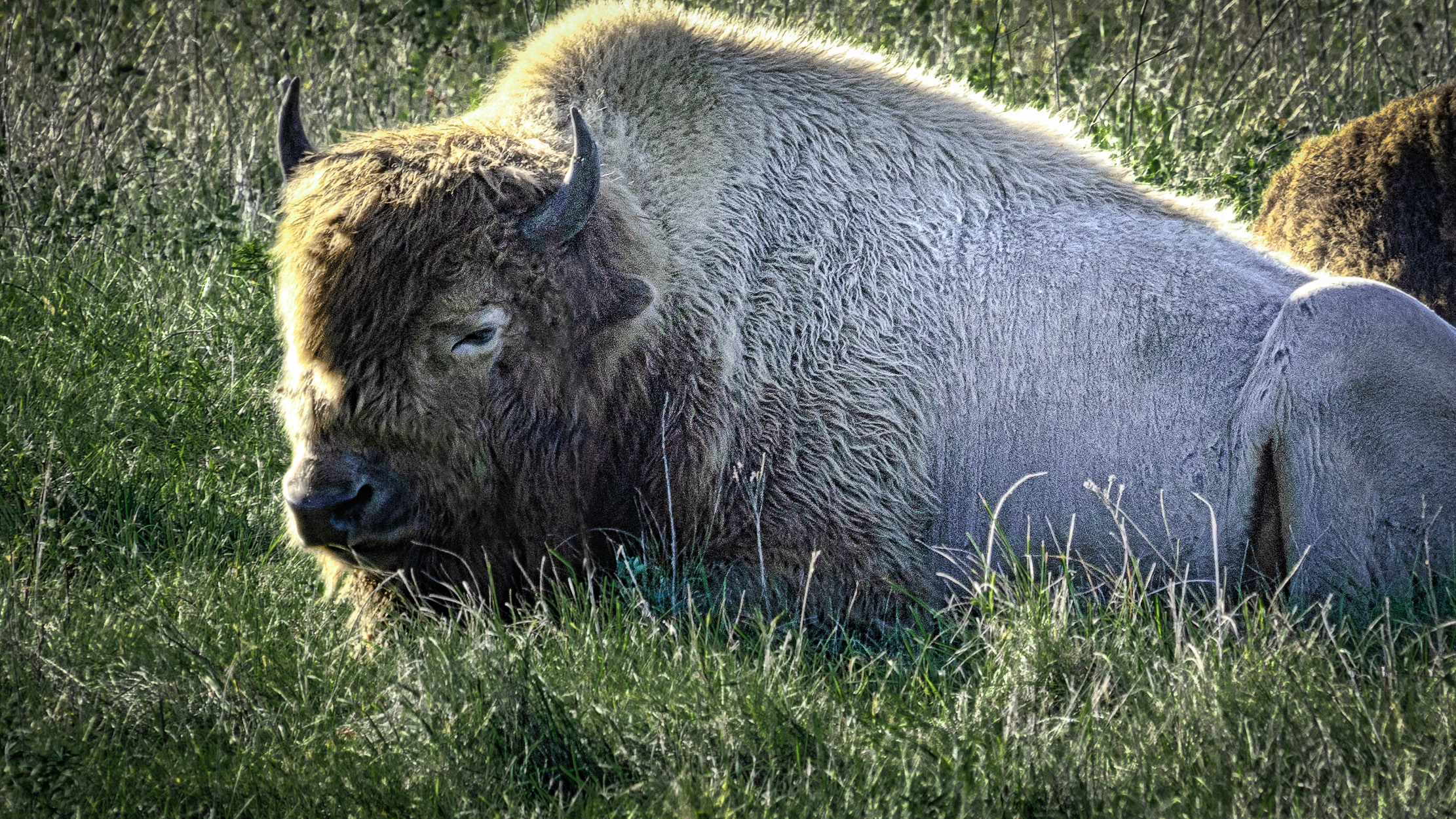